The ACHS Council exists to support Australia's largest healthcare accreditation agency. There are nine Directors on the ACHS Board and the ACHS Council is represented by 21 leading healthcare organisations from across the industry.

Our Board of Directors 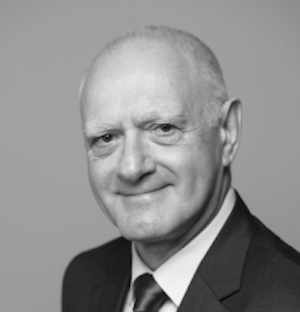 President
Professor Len Notaras AO is the Executive Director of the National Critical Care and Trauma Response Centre. He was a strategic founder of the NCCTRC and was appointed to the position in 2009.

Professor Notaras was previously Chief Executive of the NT Department of Health, the largest single employer in the Northern Territory from 2014 to 2016.

Prior to this, Professor Notaras spent 15 years at Royal Darwin Hospital, first as Medical Superintendent (1994-2001) and then as General Manager (2001-2009). During this time, RDH dealt with a number of crises, including the evacuation of East Timor in 1999, the Bali bombings in 2002 and 2005, and the 2004 Indian Ocean tsunami. In 2002, RDH received nearly 100 victims of the Bali bombings, 70 of whom were critically injured. For his service in jointly coordinating the medical assistance provided by the RDH to the victims of the bombings, Professor Notaras was appointed a Member of the Order of Australia in 2003.

In 2010 Professor Notaras negotiated and coordinated through the NCCTRC the deployment of the AUSMAT (Australian Medical Assistance Team) to Pakistan following devastating floods.

In 2008 Professor Notaras received an honorary doctorate in Science from Charles Darwin University in recognition of his contribution to the medical field in the NT and in 2015, he was honoured by Flinders University with the title of professorial fellow in the faculty of Medicine, Nursing and Health Sciences. 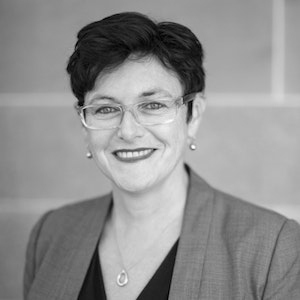 Dr Karen Luxford is the Group CEO, Australian Council on Healthcare Standards (ACHS) & ACHS International. Dr Luxford has extensive experience in governance, strategic planning, safety and quality, healthcare standards, engaging with a wide range of stakeholders and leading organisational change. Dr Luxford is a senior executive in health with over 20 years’ experience in a range of leadership roles in the public, not for profit and private sectors including CEO, Royal Australasian College of Dental Surgeons, A/g CEO and Executive Director, Clinical Excellence Commission NSW and GM of the National Breast and Ovarian Cancer Centre in Australia.

Dr Luxford is the former Board Chair of Endometriosis Australia (NFP charity), Council member of Standards Australia, member of the ISQua Accreditation Council, Graduate of the Australian Institute of Company Directors (AICD), Certified Health Executive (CHE) and Fellow of the Australasian College of Health Service Management (ACHSM) and the Australian Institute of Managers & Leaders (IML).  Karen is an alumni Harkness Fellow in Healthcare Policy & Practice, Harvard Medical School, Boston, USA and is passionate about health care.
Home / About us / Our people